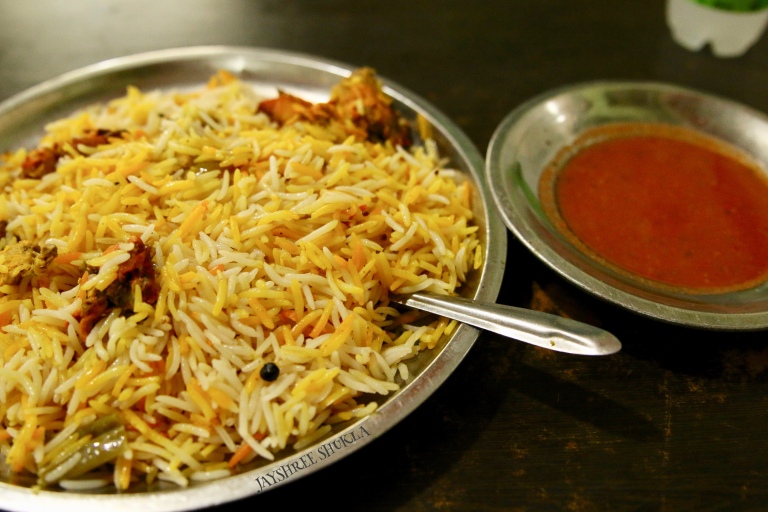 A common man’s biryani – it is made with par boiled rice, has achaar masala, a little chicken or meat as the case maybe and is often served with gravy on the side. There is nothing fancy about it. Or even authentic. This is what is sold on the streets of Delhi. The one in the picture is from Pehelwaan dhaba in Mehrauli. While not gourmet, for its price it was a filling and satisfying meal. However, many fancier places like Karim and Jawahar also sell the same as biryani. Actually, most restaurants sell this as biryani in Delhi. While it is acceptable off the streets in Delhi it is a rip off and a travesty in higher priced places. They should be willing to spend a part of the profit on making a better dish.