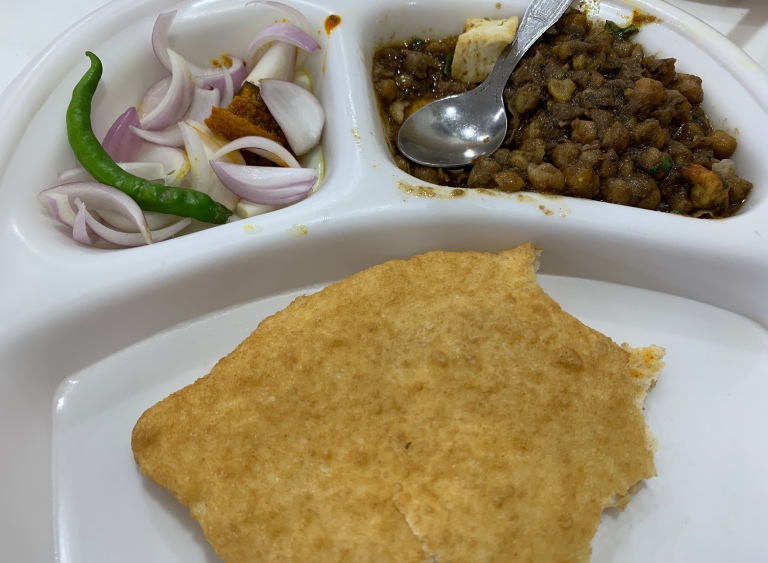 One place still left to revisit on the chhole bhature odessy was Roshan from Karol Bagh. He was once known for his chhole bhature and kulfi. One day I was in hot pursuit of a matar kulche wallah. But he disappointed and did not show. And so, to prevent the expedition from being a complete waste of time Mohammed and I decided to find Roshan. And we did.

I had last been here when I was a child. The place has changed much since. It was swanky. Looked like it had had a face lift from the time I had been there. Much like Sita Ram in Pahar Ganj. We ordered two half plates for Rs 90 each. And even though I was a tad displeased with the fish like shape of the bhatura, the chhole and bhature were both good. No complaints at all. A full plate is for Rs 125. A bit expensive but then you sit in a neat and clean place with waiter service. Also, I was assured that the chhole bhature were made in desi ghee. But there were no signs anywhere in the shop indicating that. Normally, most places which use only desi ghee advertise that proudly. Not so here. So I still have a question mark on that one. The owner said it says so on his calling card. It did say specialists in desi ghee preparations but again nothing in the shop to indicate that.

Apart from the chhole bhature we ordered kulfi. It was ok in an ordinary sort of way. Price – Rs 125. A plate of paneer tikka was also ordered. Can’t remember what it cost anymore. Looked very attractive. The taste again was not exceptional. Bottomline? If you go to Roshan, stick to chhole bhature. This clearly seems to be the best item on the menu! 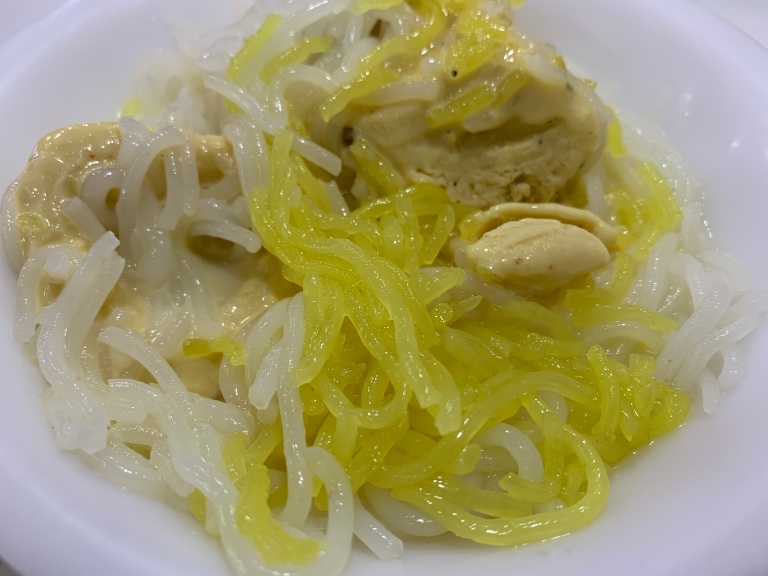 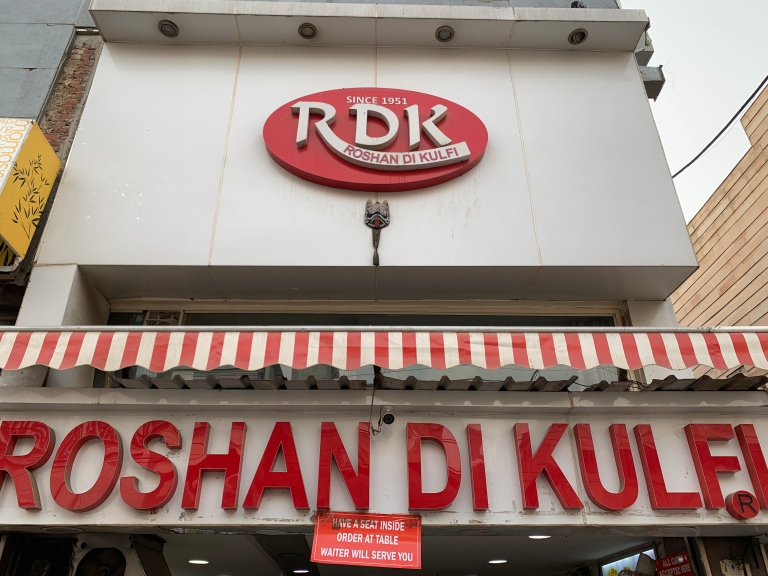 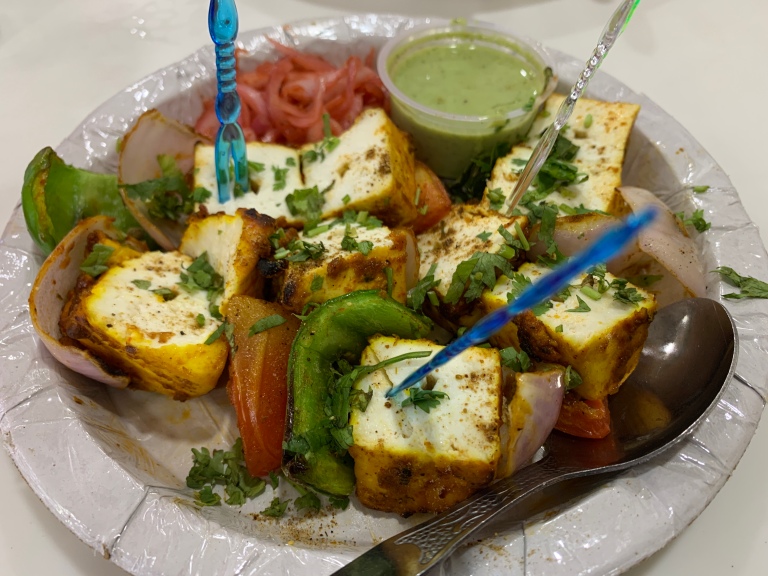