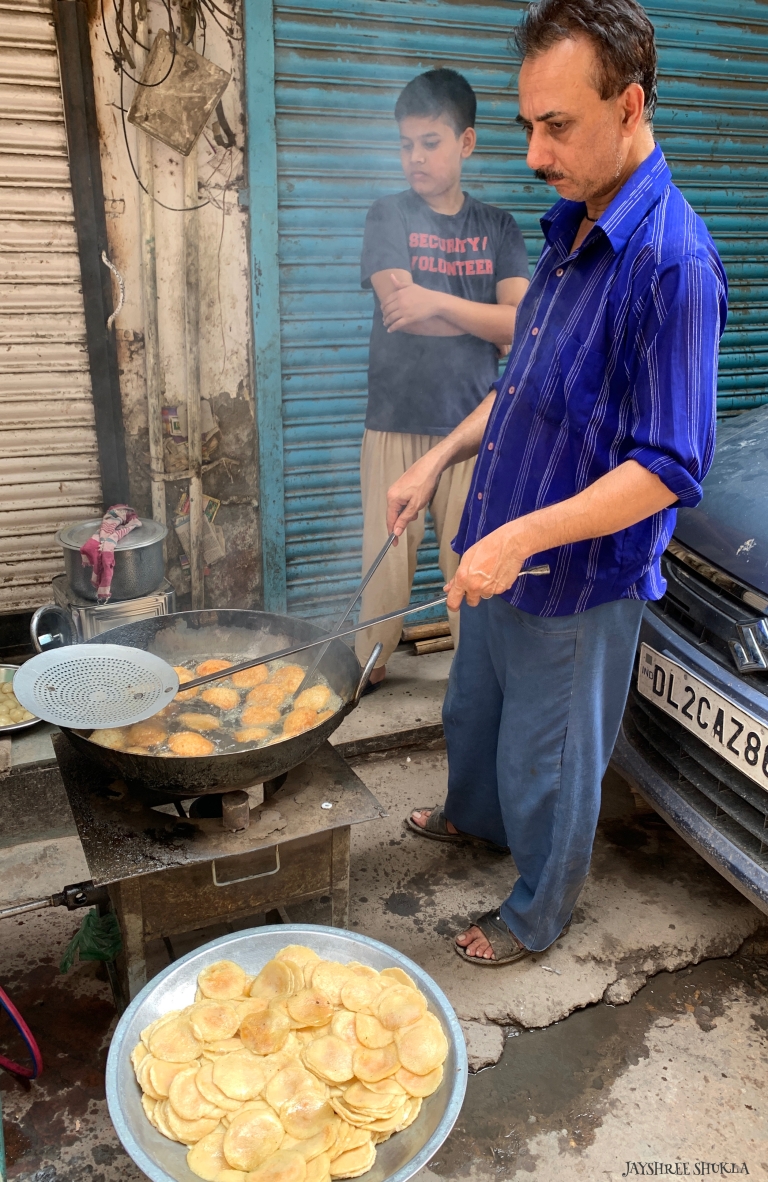 I had heard of Waseem Ali’s daal kachoris from Rameen. And had immediately put him on my list. He makes the most incredible daal kachoris which are a cross between kachoris and puris. Light as air and oh so crisp. Waseem Ali’s little cart is located in gali Shahtara, near Ajmeri Gate. The kachoris are served with aloo ki sabzi and pyaaz ka raita. You get four for Rs 10!! Waseem Ali is generally there in the mornings if he is not sick. The day I showed up he had returned to his cart after being absent for three days on account of fever. Lucky me! But coming back to the kachoris. They are melt in the mouth, delicately crisp and simply mind blowing. One of the best kept secrets of old Delhi. And a fabulous breakfast. So taken was I by the kachoris that I bought a large bagful to take home with me. They don’t travel well. So take the trouble. Go find Waseem Ali in the gali with such a beautiful name. And have them there. Hot and crisp. He gets a 10/10 from me.